We join with Samidoun & 300+ other organizations to say #FreePalestinianStudents 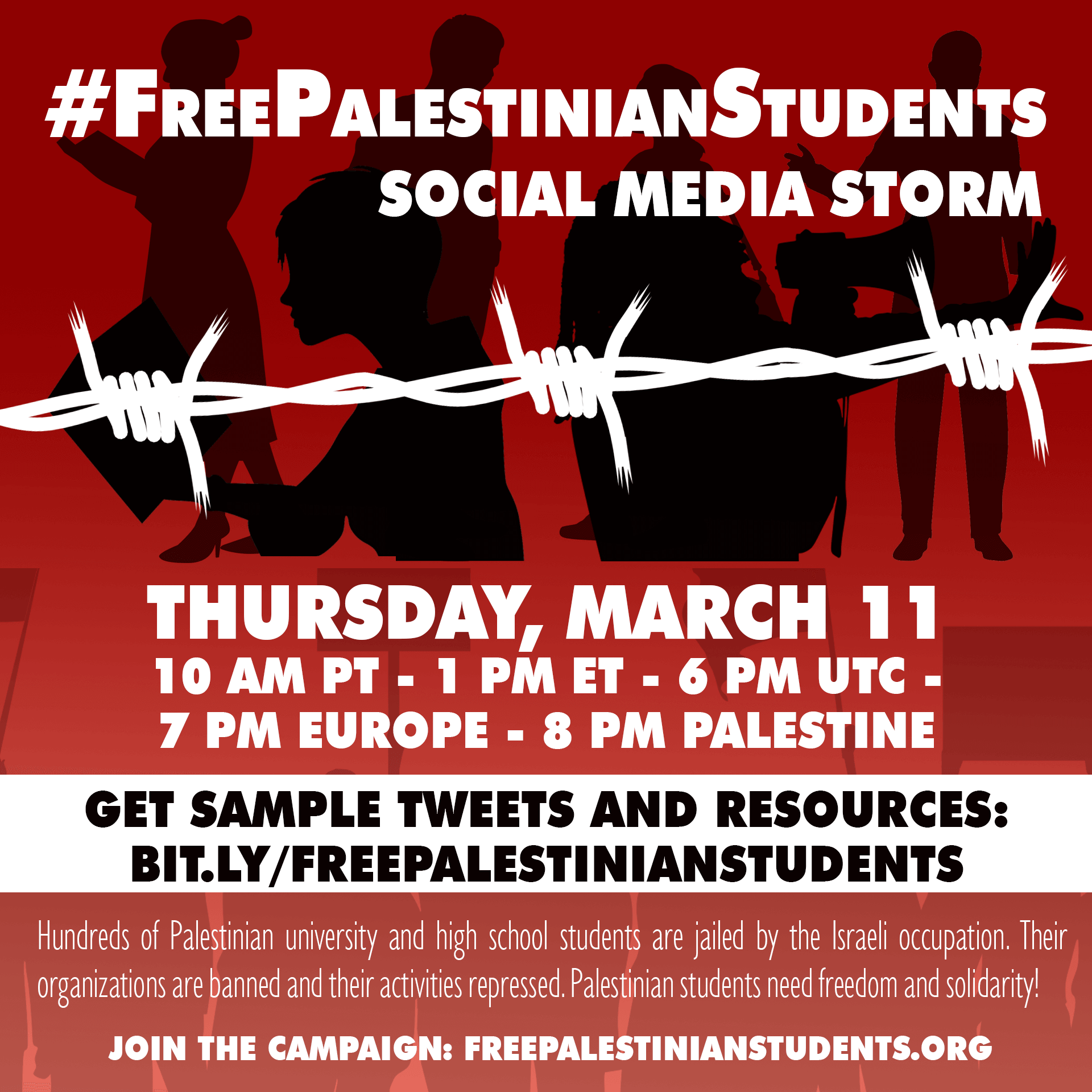 Just Peace Advocates has joined Samidoun’s campaign to #FreePalestinianStudents. The Coalition is pleased to be among 300+ organizations from around the world who support the campaign. READ MORE.

Join the #FreePalestinianStudents campaign – supported by over 300 organizations around the world – for a social media action and Twitter storm on Thursday, 11 March!

Hundreds of Palestinian students are routinely detained by the Israeli occupation, especially those who are part of student organizations involved with campus political life. At Bir Zeit University alone, approximately 74 students were detained by occupation soldiers during the 2019-2020 academic year. They are among nearly 5,000 Palestinian political prisoners jailed by Israel. The work of student organizing, from holding book fairs to organizing events and participating in student elections, is criminalized by the Israeli occupation. Still more students are detained for joining demonstrations or posting on their social media profiles.

Palestinian students have been seized by Israeli occupation forces and abducted for their participation in the student movement in their homes, at their workplaces and on their campuses.

Once arrested, Palestinian students are routinely subjected to torture under interrogation — subjected to stress positions and stretched out over chairs, suspended from walls and forced to stand on tiptoe, deprived of sleep, cuffed and pressured on injured limbs, and beaten.

Palestinian students may be sent to administrative detention — imprisonment without charge or trial, indefinitely renewable in six-month periods. Palestinians routinely spend years jailed with no charges, no trial and no real challenge to the deprivation of their rights. They may be brought before Israeli military courts, which convict over 99% of the Palestinians charged there.

The targeting Palestinian students is an attack on Palestinian futures. It is a systematic attempt to undermine the capacity of young Palestinians to organize with one another for a liberated future for their people: One free of colonization, apartheid and occupation.

On March 11, join us to demand: #FreePalestinianStudents!