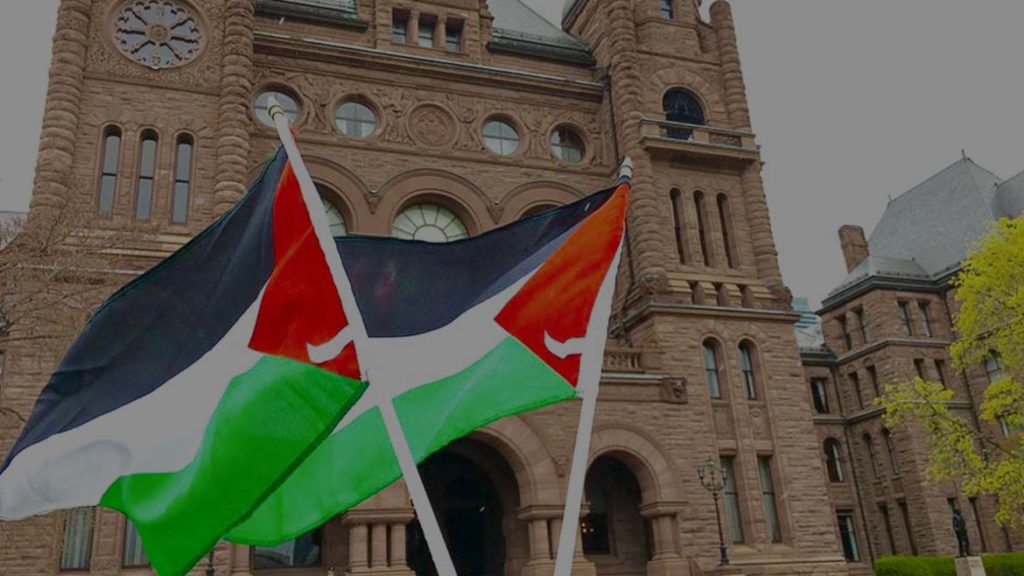 The IHRA definition is not adequately clear to serve as a formal legal standard, and so Bill 168 should not proceed.

This Bill if it passes third reading the legislation would implement a definition of antisemitism that conflates antisemitism with legitimate criticism of Israel.

Write to Ontario Members of Parliament to Stop Bill 168

The difficulties with Bill 168 are twofold.

First, it is technically unsound as a piece of legislation. It purports to create a legal definition of antisemitism, but the definition it adopts was explicitly not intended to serve as a legal definition. Rather, it was purposely drafted to be broad and open-ended, which makes it ideal for its original purpose but woefully inadequate as a formal legal standard.

Second, and more importantly, its vagueness leaves it susceptible to being abused and manipulated by opponents of free expression.

People, not states, have rights. Bill 168 would protect the rights of a foreign state while negating rights of Ontarians

Bill 168 passed Second Reading on February 27, 2020 and was sent to the Standing Committee of Justice Policy.

Bill 168 requires the Government of Ontario to be guided by the International Holocaust Remembrance Alliance (IHRA) Working Definition of Antisemitism.

The IHRA when it introduced the definition stressed that it was only a “working definition,” and “non-legally binding.”

However, Bill 168 proposes to ignore the IHRA’s caution and insert this working definition directly into the Legislation Act, which would give it formal legal effect.

On March 13, 2020, Just Peace Advocates applied to make a submission to the Ontario government Standing Committee on Justice Policy.

Just Peace Advocates indicated to the clerk of the standing committee that should there be consideration to moving Bill 168 toward Third Reading, it is essential that a very robust consultation including expert opinions be sought in regard to Bill 168   This should include a thorough policy review by the Ontario Human Right Commission as well as expert opinions related to Charter, civil liberties/freedom of speech and human rights, as a minimum.

Check out resources from Independent Jewish Voices Canada to Learn About the #NoIHRA Campaign and Stop Bill 168, and sign the petition. #StopIHRA

Write to Ontario Members of Parliament to Stop Bill 168

Palestinian Canadian Community Centre – Palestine House and Just Peace Advocates have joined together in an Action Network initative to ask you to write to all members of the Ontario legslative assembly to let them know that Bill 168 should not move forward.